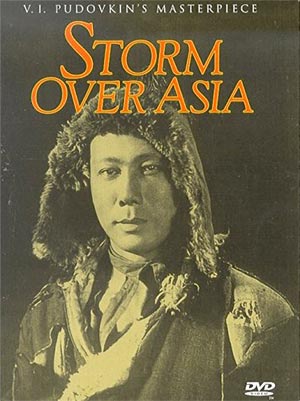 Sunday April 17 at 7pm at Cinemapolis

in the 21st century with electric and acoustic instruments and effects.

V.I Pudovkin’s 1928 masterpiece about the Mongolian people’s struggle for survival and freedom from the Soviet’s and British in the early 20th century.  At just over 2 hours this “epic poem” is “one of the most perfect examples of the formal beauty of silent film.”