Participants at our festival are amateurs, students, recording artists, professional touring soloists, university professors, young people, freelancers, and university cello majors.  We have planned each hour so everyone can participate in the workshops and jam sessions.  Schedule is subject to change.  All events take place in the Whalen Center for Music at Ithaca College.

Joel Cohen has been involved with the New Directions Cello Festival since 2002 as the director of the Cello Big Band. In 2006 he was a guest artist at the festival performing with Quartet San Francisco.  Joel had his early musical training in the Bay Area with Irene Sharp and Margaret Rowell, and was co-principal cellist with the Oakland Symphony from 1979 to 1985. He lived in Vienna for the next twelve years, playing and touring Europe, Japan and the U.S. with the Vienna Chamber Orchestra under Philippe Entremont, the Wiener Kammeroper, the Wiener Akademie and Quartett Yggdrasil.

Since returning to the U.S. in 1997 he lived in the Boston area, performing with various orchestras and chamber music groups including the Boston Symphony Orchestra, the National Lyric Opera, the Rhode Island Philharmonic, Music at Eden’s Edge and the Leonora Quartet. He is a founder of the Zephyr Chamber Orchestra, a conductorless ensemble playing unusual repertoire from the 20th and 21st centuries. He now resides in Northern California and is freelancing and teaching in the Bay Area. 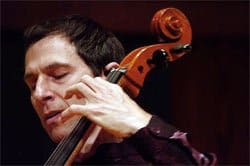 Cellist and award-winning composer Stephen Katz has charted new territory for the rhythmic potential of the cello with the groundbreaking technique he calls Flying Pizzicato. He has premiered his cello compositions at Carnegie Recital Hall, and toured internationally with the Paul Winter Consort, Rachael Sage, and the Essex String Quartet. Stephen won the Jury Prize Gold Medal for Best Impact of Music in a Documentary at the Park City Film Music Festival.

As a co-founder of the movement/theater company Seen & Heard with the late dancer and monologist BJ Goodwin, he literally danced with the cello while accompanying the dramas they played out on stage. A native of San Francisco, Stephen lives in Haydenville, Massachusetts with his wife Beth and their seven year old son Olin. His recordings, teaching videos, and publications are available at www.stephenkatzmusic.com. 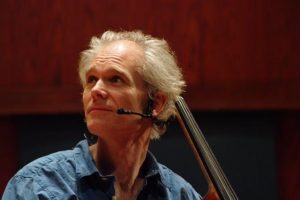 Corbin Keep, aka The Wild Cellist, has been making cellistic mischief at NDCF for many years. He is editor of Cello City Online, bi-yearly newsletter of the NDCA. 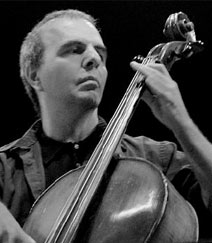 Barry Kornhauser was born into musical life as a guitarist first and then later as a bass guitarist. I gravitated towards cello because it had the extra ability to crescendo/decrescendo and evolve a single note…..and because  it had that “sound”.  Along the way I have held on to elements that I consider  basic to music making: the ability to accompany and play in a rhythm section in addition to being the melodic voice.  Part of my cello path has been the integration of my guitar/bass skill sets into a cello paradigm by any means necessary.  I am thrilled for the opportunity to share both madness and insight of this personal work in progress with the New Directions Cello community. 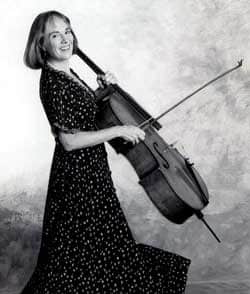 Abby Newton is well known for her groundbreaking work in the revival of the cello in American and Scottish traditional music. As part of the folk music revival of the past many decades there has been a movement to restore the unique richness of the cello to traditional music. Abby has been on the forefront of that movement.  She has toured extensively, and performed at most of the major festivals.

“Crossing to Scotland” in the Catskills is a new cello retreat program Abby has created to take place in her studio in New York State beginning in the summer of 2013. Widely respected as an instructor and performer in both the USA and Scotland, she performs and conducts numerous workshops where she promotes the use of the cello both as a melodic and rhythmic back up instrument in traditional music. Abby has taught at Ashokan Fiddle Camp, Rocky Mountain Fiddle Camp, Swannanoa Gathering, Gaelic Roots and others. 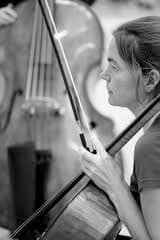 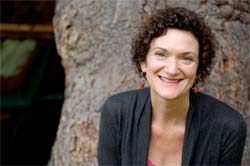 Elizabeth Simkin is the extraordinary cello professor at Ithaca College, who teaches all the fantastic cello majors who assist at the New Directions Cello Festivals we have had in Ithaca.  She is in demand internationally as a performing artist, coach and teacher.  She was Janos Starker’s assistant when she studied at Indiana University, working very closely together with him for a number of years.

Since 1983, Regina Carpenter has been motivating and inspiring audiences throughout the country with a diverse repertoire of world stories, folktales, myths, music and personal stories of her hometown Clayton,NY.  Each story and with each telling, Regina mixes mirth, music and everyday events into myths and muses about life, death and nothing in particular. The winner of numerous awards for performing, recording, teaching and writing, Regina’s wit, compassion, and craft are reflected in her workshops, keynotes, adult and children’s programs.

You, Me and the Radio 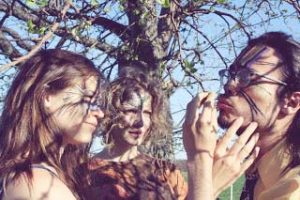 You, Me and the Radio are a trio/quartet fearlessly committed to crazed acts of free improvisation and experimental songwriting through the unique instrumentation of cello, guitar, voice, and saxophone. Drawn together by a mutual curiosity for sound and its most eccentric possibilities, they have brought something distinctive and new to the underground scene in their hometown of Ithaca, NY.

Currently touring their debut EP, You, Me and the Radio will clasp your hand in theirs and lead you deep inside an audio forest of hilarious yet confusing dreams where you will discover the meaning of the universe, your purpose in life, and other great stuff.

Guest artists above are presenting workshops. Other workshop presenters are also appearing in concert.

Read about them on the 2013 Festival page.